Prostitution is often referred to as the oldest profession.
That seems like propaganda to me.  If you’re exchanging sex for currency, surely the manufacture of currency would predate the service industry, unless the first client promised to invent money the next day.
In any case, the sex industry has been going strong since the start of civilisation.
Now, a lot of cultures throughout history have held that prostitution is a debasement of morals, and have decreed it to be illegal.  However, making it illegal has never caused it to stop.
Prostitution exists in all human cultures; it is inextricably tied to civilisation.
Making it illegal means that less people will participate in it, but it also means that it is not regulated.  Sex slavery, child prostitution and violence are among the most crushingly terrible things on earth, and are all more common where prostitution is illegal, and not regulated to meet industry standards.  By legalising prostitution, the state can be charged to ensure the safety of the workers.
Prostitutes exist in this world.  Legalising their profession gives them human rights. 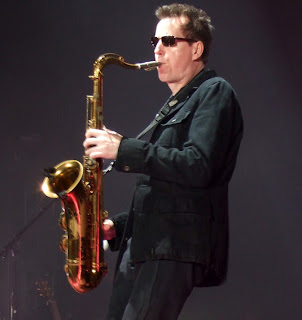 Not to mention, tax!  When I exchange money for a potato I pay tax on that.  I give the government some money to keep society running smoothly.  There is a truckload of money flying around in the sex industry; (I can't find the actual data, but I did read that the porn industry alone makes more than Google, Apple and Microsoft combined) if it’s legal it can be taxed, and the commonwealth gets a slice of the action.
In fact, as a member of society, I believe it is your right to demand that no (non charitable) industry should be exempt from being taxed.
I hope that these points can provide some perspective that even if you disagree with the solicitation of prostitution on moral grounds, there are still a lot of good moral reasons to support the industry’s legal acknowledgment.
But the plot thickens!
When society makes prostitution illegal, it knows that it exists and that it will continue to exist, it just doesn’t want to publicly acknowledge its existence.  Interestingly, this exact same process happens to most people as individuals.
Almost everyone has sexual desires that they don’t want to acknowledge openly to themselves.  Many people are disgusted by their own desire to do things like masturbate, and would prefer to pretend that the desire doesn’t exist.
I believe that the legalisation of prostitution creates a healthier industry that protects the safety of the workers.  In exactly the same way, when people acknowledge their own sexual desires as normal, and potentially enjoyable aspects of being a human, the result is less embarrassment, less self-loathing, less depression; less mental health problems in general.  In other words;
By legalising your own brain’s sex industry, you will protect the safety of its workers.
There is an argument that it is the ‘naughty’ aspect of sex that makes it so appealing, and a frank acknowledgment of all aspects of sexuality will take the fun out of it.
I thought this for a time, but I realise now that firstly, it would be radically difficult to take the fun out of something as enjoyable as sex/masturbation.  And secondly, that our imaginations are incredibly durable, even in the face of pure reason.
Take, for example, going to the movies:
We are all well aware that we’re not watching a window.  It’s a screen. We know this.  We know that the people on the screen aren’t regular people, going about their lives, unaware that they’re being watched by a bunch of bug-eyed strangers, grazing on popcorn.  It’s acting.  We know this.  Yet we still manage to engage with the film.  There is a side of us that we allow to believe that not only is the fantasy world real, but at some level we are the people in the film.
This is my favourite thing about being alive.
And if the open acknowledgement that films have scripts and actors doesn’t take away the magic, then there is no chance in hell that accepting the reality and legitimacy of your own sexual desires is going to make sex mundane. 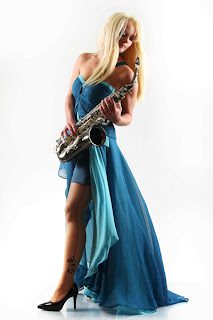