Following on from the introduction chapter: 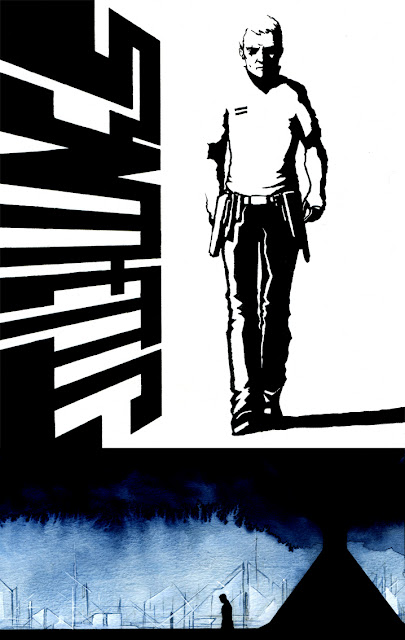 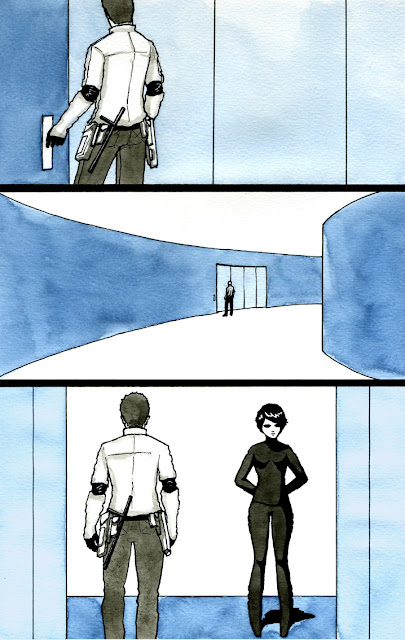 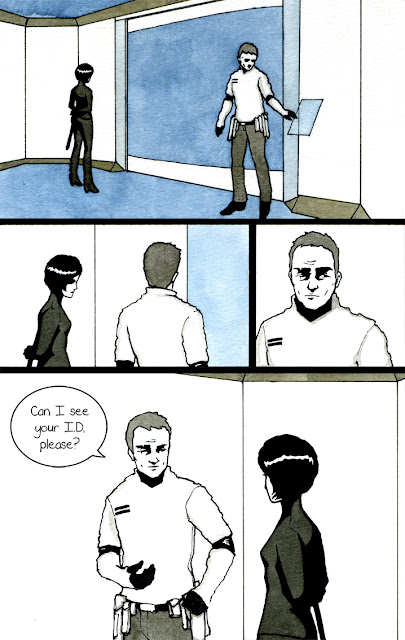 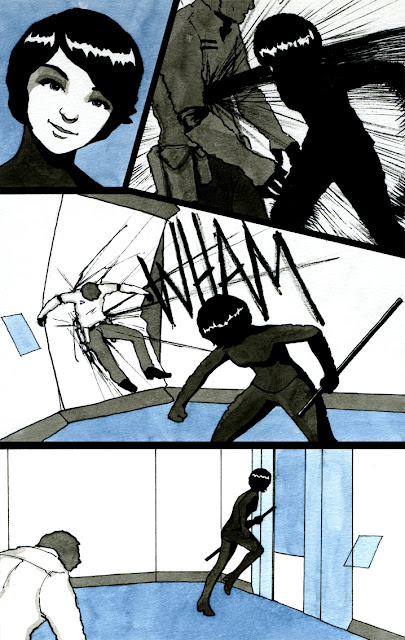 The next section will cover how being in a wheel-chair effects this man's life.  And why he's such a big fan of the music of Wham.

I'm also knee-deep in my other comic project which will be revealed soon.  All I can tell you is that I'm working with one Andre McClam-Hammer, and that it's a cool-times adventure comedy that will make you laugh so hard your lungs will ignite.

Stay tuned for more pages, bros and dolls!
Posted by Simon Petocz at 00:38 No comments:

Two Sides to Selling Out 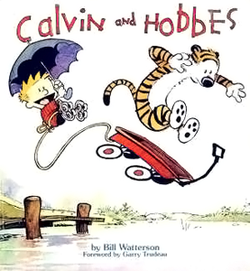 Bill Watterson, the creator of Calvin and Hobbes, is well known for being one of the funniest, most skilled, intelligent and thought-provoking comic-strip authors ever.
He could put together a strong case for being a great guy, so perhaps it’s not a surprise that he’s also a good example of artistic integrity.

Watterson never authorised any merchandise to be produced in association with the Calvin and Hobbes comic books. 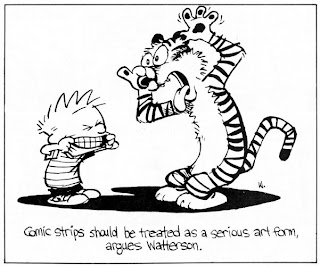 For a popular comic where one of the two characters is actually a cute plush toy, that’s fairly incredible.
He obviously felt that using his creation to sell breakfast cereal and pencil cases would water-down the messages and the integrity of his work, and I have an enormous amount of respect for this courageous decision.
But I also think there’s another side to the story.

In the early days of Seinfeld the first couple of seasons had been a bit of an underground hit, and the network decided to move the show to a more prominent time-slot.  Larry David responded that if people weren’t watching the show before, he didn’t want them watching now, just because it was being played at prime-time.  The network executive asked him if he’d considered there were a lot of people out there who hadn’t snubbed the show, they’d just never had a chance to hear about it yet.

Seinfeld moved to the new time-slot, had 9 incredible seasons, went out at the top of its game, and is now considered by many the greatest TV show of all time.

Larry David was wrong to feel that a bigger audience would affect the integrity of the show.

When I first heard of Calvin and Hobbes I was already in high school.
Had there been Calvin and Hobbes T-shirts, erasers, base-ball caps and plush toys surrounding me as a kid it’s almost certain that I would’ve had the chance to read the comic strips in my childhood.

Would the merchandise have lowered my opinion of the comic? Absolutely not.
Even now I have nothing but respect (and a fair amount of longing) for the merchandise of artwork that I love, such as Ghibli’s animated masterpieces.

And I’m certainly not the least cynical consumer out there.

The point is; people are always going to buy stuff they don’t need.  Refusing to print pencil cases will not reduce the number of pencil-cases out there, only a change in the demand for pencil-cases will do that.

Perhaps the world has changed since the 90s, but I find people these days are ready to forgive a work its merchandise. If I were to judge Southpark based on its wealth of bogan attire I would miss out on the show’s hilariously witty social commentary.

The decision by Bill Watterson not to sell-out may’ve been good for him personally, but I would argue against it being good for the comic strip, and even for comics as an industry.
If someone asked me in yr6 what the best comic-strip was I probably would’ve said something like “Garfield”.  Is that not a bit of a shame? 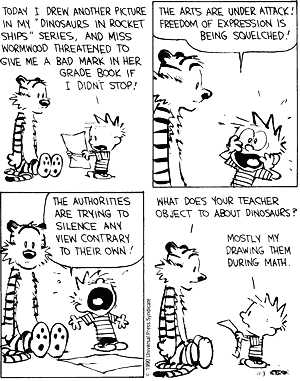 Of course, there are limits to how much selling-out is acceptable.  Dumbing down the actual comic to appeal to a broader audience would’ve been terrible (I’m looking at you Simpsons and Futurama).

Luckily the quality of Watterson’s work spoke for itself and the comic was able to seep in to the public consciousness without bending over backwards, but there was every chance that due to artistic integrity many of us might have lived and died without ever reading Calvin and Hobbes.

Plus who doesn’t want their own Hobbes? Damnit!
Posted by Simon Petocz at 18:12 No comments: 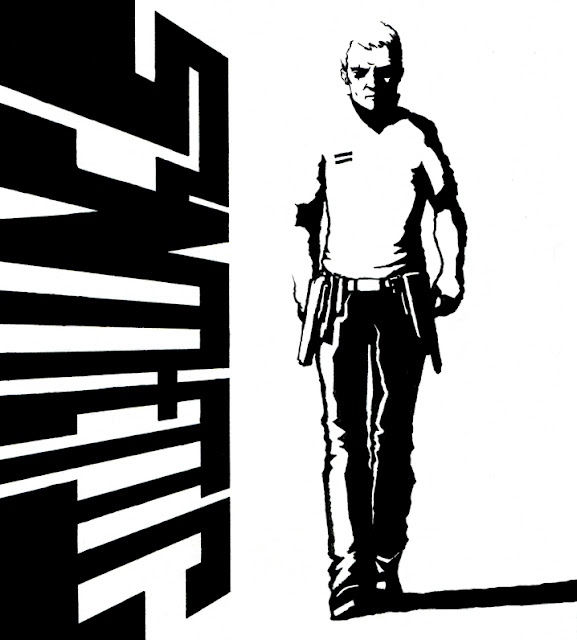 In the middle of working on this chapter, so I thought I'd throw this first page out there.

The story is about a man who lost his right shoulder in a frowning competition.

Also the '00s called; they want their pants back.

Zing.
Posted by Simon Petocz at 22:08 No comments: