I find thinking about consciousness can be a real brain-twizzler, so I've tried to come up with a Whitman's Sampler of scenarios to spin around the ol' noodle.

If any of this reminds you of The Matrix, that's acceptable, but if it reminds you of Inception, please, please go out and find some sci-fi that isn't awful.

What if one night I accidentally took a grenade to bed and exploded in my sleep, but then a crack team of scientists got together and decided they could perfectly reconstruct my body?  When I opened my eyes again it would seem to me that I'd just been asleep.  I would still be the same consciousness, continuing on from a period of unconsciousness, just as I do every night.
It would essentially be quite normal.

But what if those scientists made another reconstruction, what we could call a clone, and now there were two of me?  If I were to die after that, I would not think that I would close my eyes and 'wake up' inside the body of my clone.  Now that we both exist at the same time, we're two different people, and the fact that I have a clone would not make me less concerned about dying.  In fact I would be even more annoyed than usual, because having a clone running around means people would probably miss me less.

Say I suddenly contract an exploding disease, where I will suddenly explode sometime between 20mins from now, and two weeks from now.  Not a great diagnosis, but that's cool, I've got my team of scientists ready to reconstruct me.  The only thing is, as there's no cure for exploding disease (obviously) they will need to reconstruct me from the time just before I contracted the disease.  So I might lose a couple of days worth of memories, but it'll still be me right? Maybe not.

If I'm going to be reconstructed from a couple of days ago it doesn't fundamentally matter whether that reconstruction occurs after I explode, or while I'm still waiting to explode.  But if I'm still waiting then suddenly there'll be two of me at once, and we've already decided that when I die my consciousness will not transfer to my already living clone.  And rationally it must be true that if the scientists just delay construction of the clone, it's not going to change something so fundamental as the transferal of my consciousness.

So we would have to conclude that the me who contracted exploding disease is doomed to be extinguished, and should not be in any way comforted by the fact that a copy of an earlier me will continue on, because already we're two separate people.

But what if I can be cloned into a body without exploding disease? Then I could get the team to make a copy and instead of waiting around to explode, I could get them to kill me the instant the copy is created.  This scenario we have already established is much like falling asleep and waking up, and is therefore perfectly acceptable.

If I make a diagram of the life lines here:

is acceptable to the original me.

is unacceptable to the original me, but only after it turns red.

But why is this?  What if we look at the diagram broken up into discrete sections of time:

Now every _ is a moment of time that I experience.  It must be possible to break up the moments of time, because we've decided that a jump can happen from one line to the next that is essentially experienced as unbroken.

Each moment of consciousness does not experience any of the earlier moments of time.  We do not experience the past, but we remember it.  So the only difference between a red dash and a black dash is that they have slightly different memories.  When the original me dies he is the me that has memory of all of those red dashes, and the new me that continues on has memories of only the black dashes.

So memory is the crux of my consciousness continuing? I can think of nothing else that could distinguish the two me's, but surely that is an insane hypothesis.

What if I had to pass through a doorway that would erase the last 20 minutes of my memory.  That doesn't sound so bad, but consider; the 20 minutes immediately prior to passing through the door would have to be drawn in red.

While experiencing those red twenty minutes I would be walking in the shoes of a dead man whose consciousness will soon be extinguished forever, and who can take no comfort from the fact that a different me will live on.  As such, it would be crazy for me to experience those twenty minutes, knowing they will be erased, and then willingly pass through the door!  It would go against everything we've decided here!

But I can still get through the door fine, all I have to do is knock myself out, wait 20 minutes and get someone to throw me through the door.  Then it would be identical to the sleeping scenario, and therefore completely acceptable!

I don't know about you, but that bends my brain.

It means that all my instincts to keep myself alive are not trying to preserve my body, or my past, I am only concerned with preserving the memory of this moment!

In conclusion I have one more 'what if' that will hopefully screw with you.

Say I go to sleep and I have a dream that seems completely real, I seem to be fully conscious and can walk around and make decisions.  However, I know that it's a dream and furthermore, I know that when I wake up I won't remember any of the dream.  As I'm experiencing the dream I would have to consider myself in the red part of the diagram.  So here's the big question:

What if in the dream I realise that I can stop my heart from beating, which will also stop the heart of the me who is lying in bed dreaming all of this.

As a guy in a dream, I'm doomed to die anyway, so do I have any reason not to kill my dreaming self?

Posted by Simon Petocz at 21:26 No comments:

The opening sequence of Synthetic. 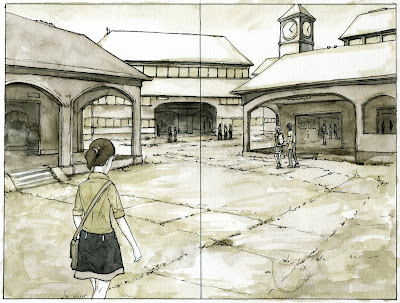 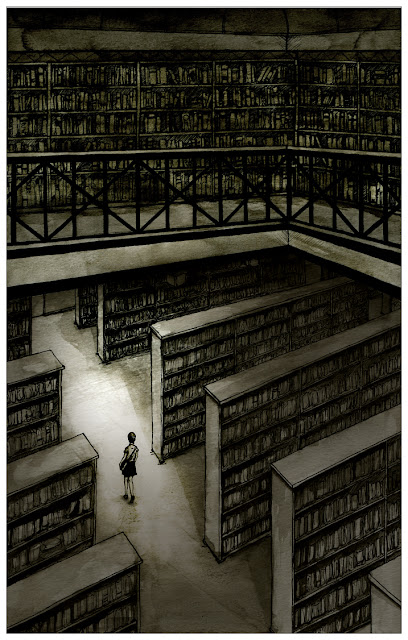 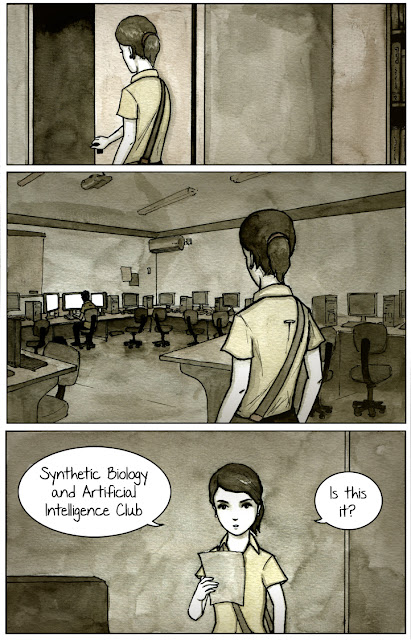 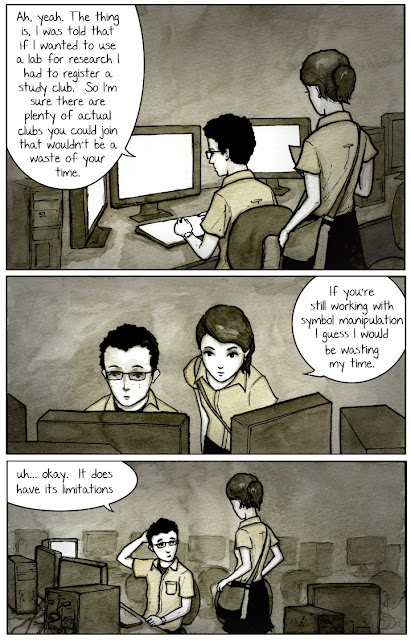 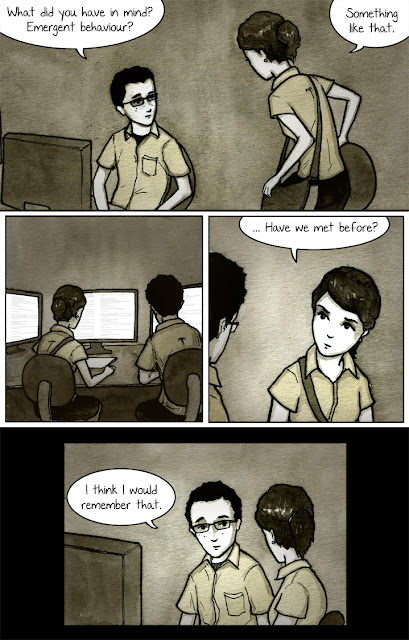 This is the precursor to the main story which takes place years later, and follows on from the work these two will do in developing synthetic humans.

I may end up redoing these pages later, but as of now the graphic novel has begun.